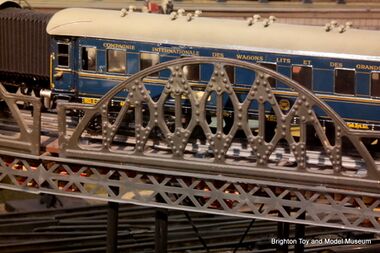 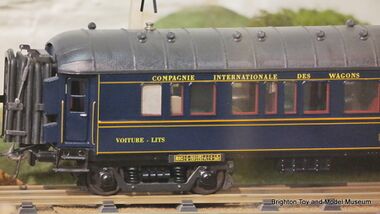 The Compagnie des Wagons-Lits, or CIWL train services that criss-crossed continental Europe were the brain-child of Belgian engineer Georges Nagelmackers.

Nagelmackers had the opportunity to experience travel on an American Pullman car and decided in the 1860s that the Pullman approach should be brought to Europe. Trans-European rail travel involved navigating different countries' national rail systems and timetables, and Nagelmackers felt that the time was ripe to introduce international trans-European rail services, using luxury sleeper coaches.

After building an 1872 prototype, Nagelmayers set up a small company in 1873 in Liege.

At it's peak, CIWL had international train services running across Europe and beyond, including a few that had memorable connecting services to the UK - the Fleche d'Or (whose UK connecting service was translated into English, as the Golden Arrow), the Blue Train that took British holidaymakers to the South of France, and and a connecting service from London to Paris that then tied in with an express service that then went to Istambul - the Orient Express referred to in the Agatha Christie book of the same name. However, there were a number of "Orient Express" routes, notably the Simplon-Orient Express service that went via the Simplon tunnel.

After World War One, most of the rolling stock that had been commandeered by local governments was returned, with the exception of Germany and Austro-Hungary, where a new company, Mitropa, was set up to manage this local business. Mitropa and CIWL then came to an arrangement about how routes were divided up.

An agreement with the Pullman company in the 1920s saw Pullman carriages appearing on the CIWL inventory, with dual branding.