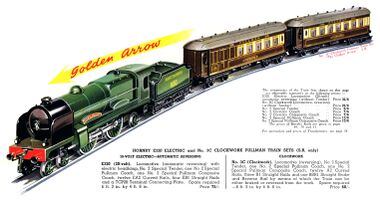 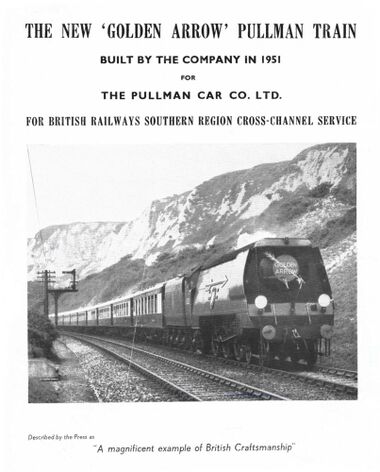 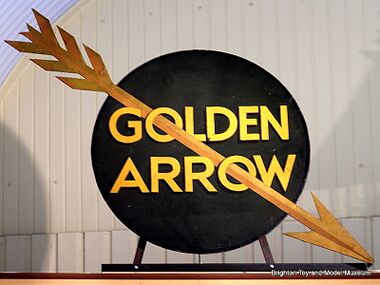 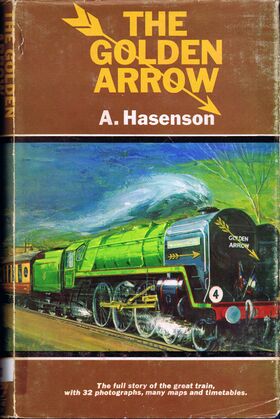 Front cover of "The Golden Arrow", by A Hasenson [image info] 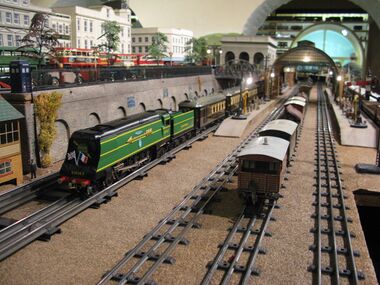 The Golden Arrow was the English leg of an international luxury London-to-Paris "boat train" service that operated between 1929 and 1972.

The Golden Arrow ran between London's Victoria Station and Dover to connect (via a ferry service) with its French counterpart, the Flèche d’Or , which ran between Calais and Paris, and had started in 1926.

During its heyday, the Golden Arrow was known as a first-class Pullman-only service, but this rule was increasingly relaxed during its later years.

The Bluebell Railway, a heritage railway attraction in England, currently run a two-car Pullman Golden Arrow Dining Train with the Pullman cars Christine and Fingall as a recreation of the Golden Arrow dining experience.