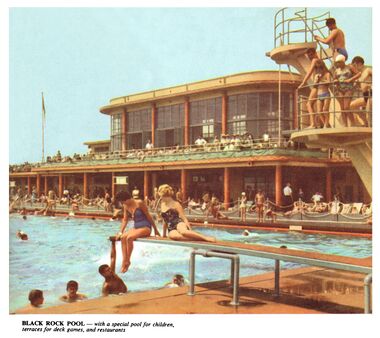 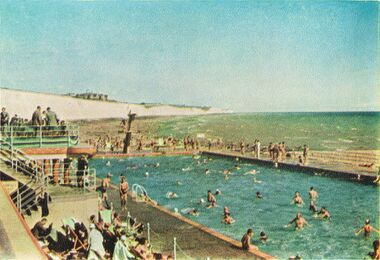 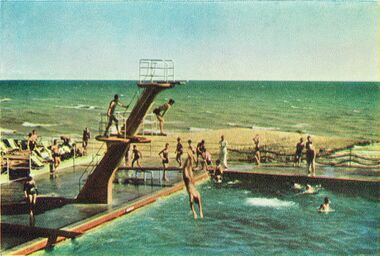 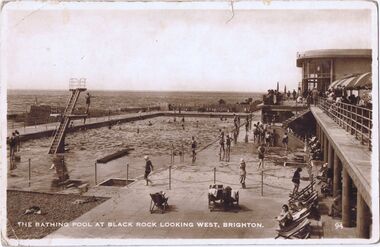 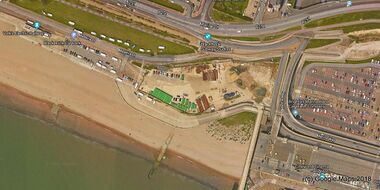 According to the Volks site, the Pool was originally supposed to be built alongside the Palace Pier, causing that end of the railway to be shortened to accommodate it. This explains the otherwise puzzling fact that the railway currently goes from not-quite-the-pier to not-quite-the-marina, and isn't as "joined up" to other key sites as one would expect.

Although many people assume that the Pool was demolished to make way for Brighton Marina, the site still exists as a derelict patch of enclosed open ground, angled with respect to the main seafront, between the Black Rock car park (adjacent to the Volks Black Rock Station) and the western outer wall of the Marina. While the site exists, it's unrecognisable from the ground, and is a fenced-off derelict-looking area that currently seems to be used as storage for building materials (it's the post-apocalyptic-looking graffiti-ed area you have to pass if you try to get to the Marina from the Volks Railway's Black Rock Station).