A green clockwork toy traction engine with trailer made by Triang as part of the Minic vehicles range.

The model is the postwar version with a large disc flywheel (as opposed to the prewar version, which had a smaller, spoked flywheel). 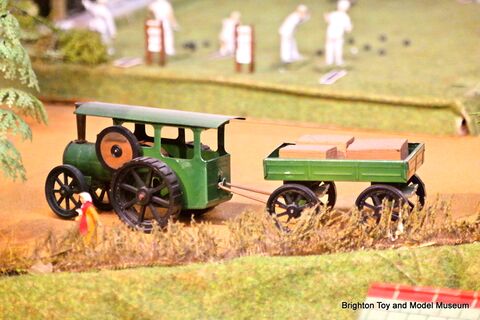