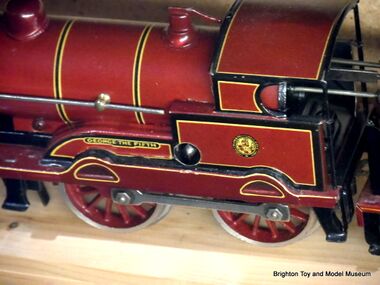 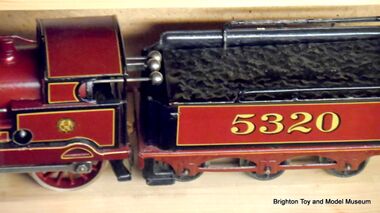 A maroon clockwork gauge 0 LMS 4-4-0 George the Fifth locomotive, number 5320, made by Bing for Bassett Lowke. It’s kept shelved below the main gauge 0 layout, visible from the back of the Museum.

George the Fifth was originally an LNWR locomotive, numbered 2663 (and painted black), before the LNWR was taken over by LMS in 1923, at which point the loco became a maroon engine with running number 5320.

The loco was a famous for being an early adopter of superheating.