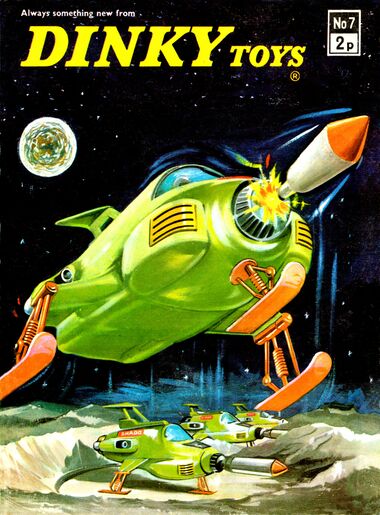 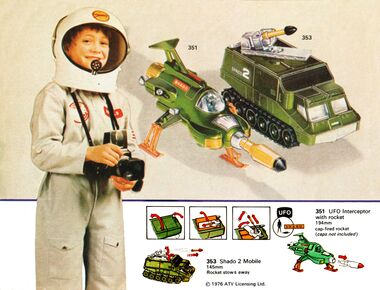 UFO was a live-action tv series created in 1970 by Gerry Anderson and Century21.

Set in the near future (1980), UFO followed the work of a secret organisation, SHADO (Supreme Headquarters Alien Defence Organisation), whose purpose was to defend Earth against incoming flying saucer-like UFOs, while preventing the general public from learning of their existence.

There was also a range of transport aircraft, including a "Seagull" supersonic plane that looked like Concorde but with its engines mounted on top of the wings, and nose winglets like the 1968 Tupolev Tu-144.

UFO was arguably not written as a children's show, leaning heavily on "adult" themes such as the problems and stresses inherent in running an organisation like SHADO: the tension between work and personal lives, organisational incompetence and paranoia, HR department work efficiency assessments, dating colleagues, betrayal, and mental illness and insanity. In some ways it was written like an adult soap opera set in a powerful corporaation whose business just happened to be spotting and shooting aliens.