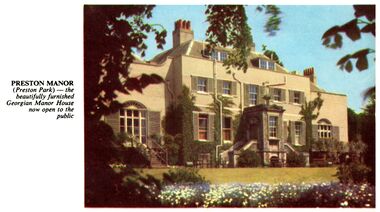 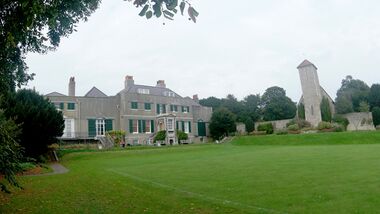 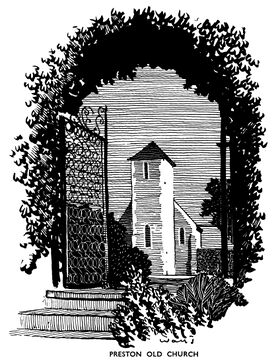 Preston Manor is a grade II*-listed manor house mostly built in 1738, and restyled in 1905. It is preserved, owned by Brighton & Hove Council and run as a museum of Edwardian life and social history. The manor-house is usually open to the public six months of the year during the more summery months (2018 opening is April to September inclusive). It is part of the Brighton Heritage Learning group.

Preston was listed as a Manor in the 1086 Domesday Book, and should therefore have had a manor building of some sort, somewhere, by this point. Some sort of building on the Preston Manor site has existed at least as far back as the Thirteenth Century, with the Elrington family leasing the land at least as far back as the Sixteenth Century. The Shirley family then took ownership in 1569, the Western family took over in 1712, and in 1794, William Stanford bought it, along with around a thousand acres of land.

The area began to be developed in the late Nineteenth Century, and although the Stanfords sold the main adjacent Manor grounds (around 67 acres) to Brighton Corporation in 1883 for the creation of Preston Park, they kept the Manor buildings and the Walled Gardens until late 1932, when Charles Thomas-Stanford's widow Ellen died.

At this point the Corporation took over the remains of the estate, with the Walled Gardens effectively becoming part of the adjacent Preston Park.

Preston Manor was then opened to the pubic in 1933.

Preston Park was formerly part of the Manor of Preston, which extends as far as Crawley. The Manor-House is built on the foundations of a Tudor structure, which was one of several residences given by Henry VIII to Anne of Cleves, the wife whom he divorced because of her want of good looks. Behind several of the firegrates are curiously wide spaces, designed as hiding-places. Some large cellars suggest that in its day the dwelling had a share in the smuggling once rife in Sussex. So ancient a house, of course, had its ghost, traditionally said to have been that of a nun denied proper burial. It is declared that during drainage operations the bones of a woman were unearthed in the garden, and when these were transferred to the neighbouring churchyard the perturbed spirit found rest.

A delightful manor house capturing the atmosphere of an Edwardian home both "upstairs and downstairs". Visitors can take a step back in time exploring over 20 rooms on four floors from the superbly renovated servants quarters in the basement to the attic bedrooms on the top floor.

An admission is payable and opening times are available from the Manor.