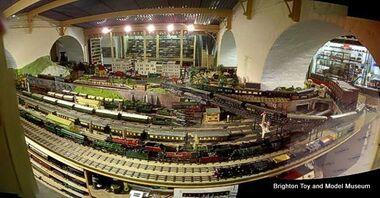 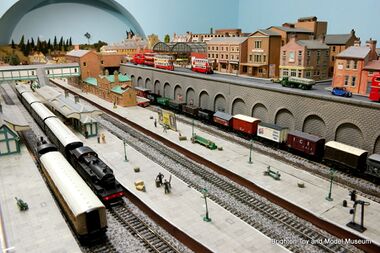 The museum contains three large model railway layouts that are usually running: two interlinked 00-gauge layouts that run along the back of the museum and are operated by a motion sensor, and a larger-scale gauge 0 period 1930s layout that forms the museum's centrepiece, which has a single pushbutton-operated goods train running on its outer track.

The main body of the central 1930s layout is run on public Train Running Days twice a year, usually around the beginning and end of the year.

The museum also has a model of the Hastings Funicular Railway and a town model tram layout, but as of February 2016 these are still requiring attention and are static only.