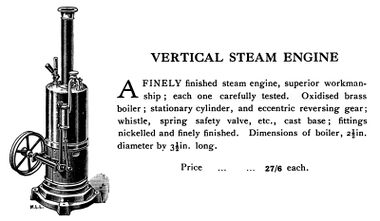 The original Meccano Vertical Steam Engine, probably made for Meccano Ltd. by Bing. This picture is from an undated Meccano catalogue with a date thought to be circa ~1920. Note the M.L.L. legend to the bottom left of the illustration (signifying "Meccano Limited, Liverpool") [image info] 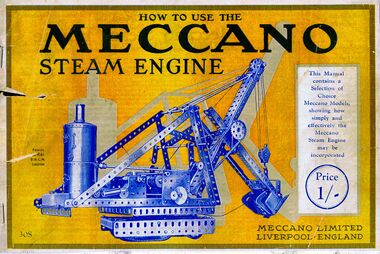 "How to use the Meccano Steam Engine", front cover [image info]