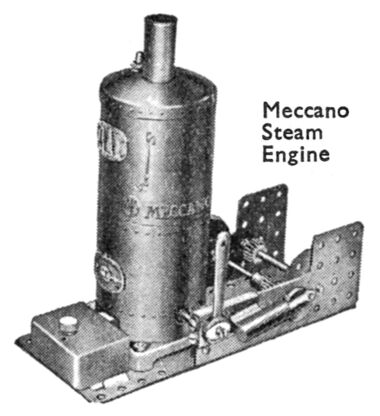 This is another one of the rarest and most sought-after Meccano Ltd. pieces, dating from before Mamod started making steam engines for the company.

It's not the very earliest Meccano-branded steam engine - the German company Bing produced a version of one of their own steam engines for Meccano before WW1 - but since this was a more useful version than the Bing (which didn't have a Meccano-style baseplate or an easy way to attach driveshafts and gearing), and since the earlier model was essentially a Bing engine with the Meccano name on, these 1929 versions are usually considered more desirable. 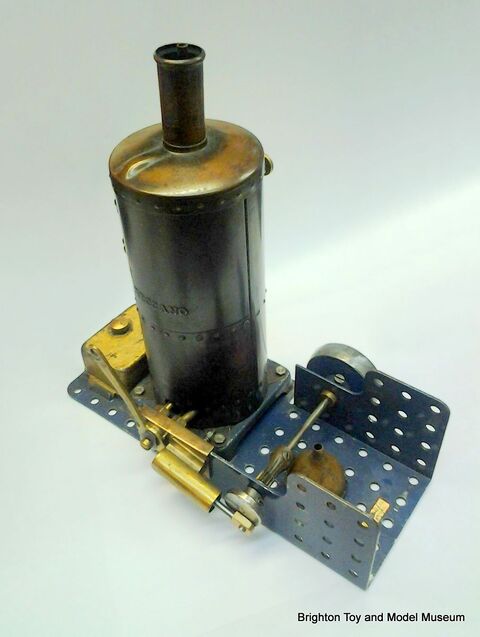 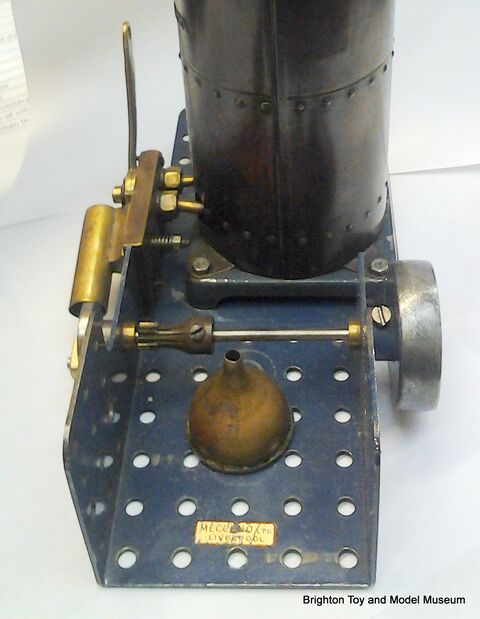