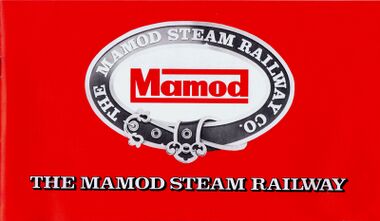 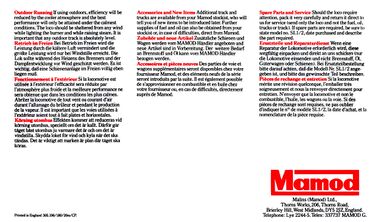 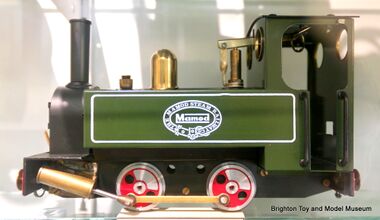 The Mamod Steam Railway system was introduced by Mamod in around ~1979, and initially consisted of the SL 1 locomotive, track, and a limited range of rolling stock.

The Mamod range can in some ways be seen as a successor to the Bowman Models gauge 0 garden railway system of the 1930s, which combined gauge 0 track and wheels with oversize gauge 1-scaled loco and carriage superstructure (especially since Bowman and Mamod both came into existence partly to fill gaps in Hobbies Ltd.'s products ranges, with Mamod being Bowman's direct successor).

However, where the Bowman range tried to model conventional passenger and goods train locomotives and rolling stock, on the principle that most viewers wouldn't notice or care that the wheels were technically underscale (especially in a garden railway layout where the wheels might often be hidden by trackside structures and vegetation), the Mamod system made a selling-point of the fact that the wheels were smaller than on a normal train, by deliberately modelling narrow-gauge locomotives and rolling stock that had proportionally smaller wheels anyway. This let the Mamod system present the unusual proportions of their trains as a matter of historical accuracy.

A similar approach was taken by LGB's garden railways, which modelled narrow-gauge locomotives on gauge 1 track.