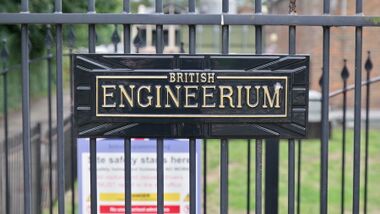 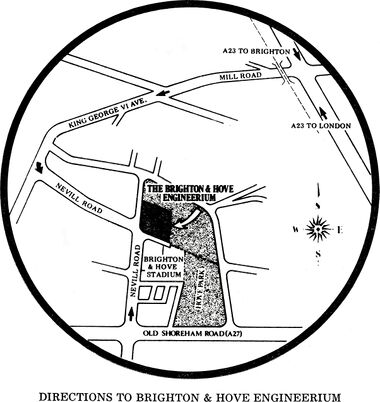 ~1976: Map of the Engineerium from a Christies catalogue [image info] 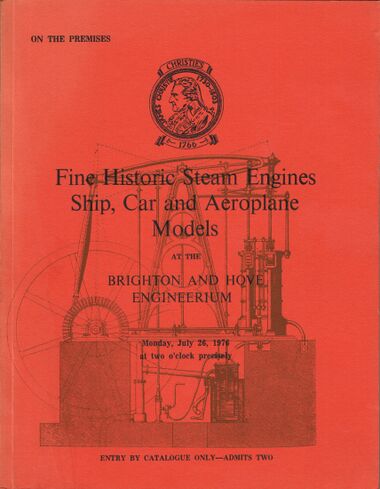 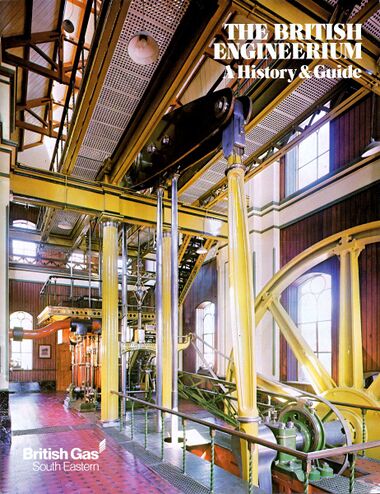 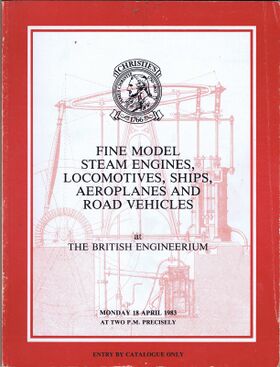 1983: Christie's catalogue cover for an auction held at the Engineerium [image info] 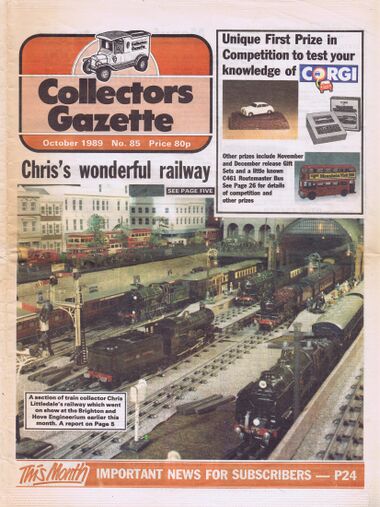 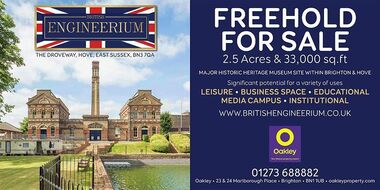 The British Engineerium is a collection of exhibits focusing on steam power and heavy engineering, situated inside the ornamental Victorian (1866-) brick building of Goldstone Pumping Station, or Goldstone Water Works, Hove.

In 1971, Brighton Water Corporation announced plans to demolish the century-old site at Goldstone Pumping Station, the removal of the steam-era equipment, and the building of a newer, smaller, modern pumping plant.

At this point, Jonathan Minns managed to get the site listed with English Heritage, and acquired a lease for the site from Southern Water, to set up an industrial museum and educational centre, which opened in 1976 as Brighton and Hove Engineerium, becoming the British Engineerium in 1981.

Work began on the derelict building back in October 1975 with a total capital of £300. This has been augmented by those individuals and organisations I gratefully acknowledge, and who recognise the sheer breathtaking scale of the nineteenth century solution to municipal pumping needs, represented by the massive elegance of the beam engine which is balanced by the perfect miniaturisation of engineering masterpieces to be found in the Exhibition Hall. Whenever possible the engines are run, often with the dedicated help of the friends and members of the Engineerium, without whom we would be hard pushed to breathe life into so much of the collection. It is in this and other ways, however, that we hope to maintain a living theatre of events that graphically illustrates the spirit and contrasts in engineering past and future.

The centre closed in 2006 due to the difficulties of finding sufficient funding for the site, and its contents were catalogued by Christie's and were due to be sold off in small lots, before Mike Holland preempted the auction by buying the buildings and contents to relaunch the Engineerium.

Since 2006, the Engineerium has been undergoing an ambitious refitting, to make use not only of the site's buildings, but also the network of Victorian tunnels beneath the site which were originally built to transfer coal between the various furnaces and steam pumping engines.

The work on turning the site into a modernised steam engineering and steam renovation attraction continued, with an expected launch date of 2016, the 150th anniversary of the site's original opening.

In early 2018 it was announced that the Engineerium (which still hadn't yet opened) was now for sale. After the announced sale date of June 2018, it appeared not to have found a buyer.

Currently (as of August 2018) the future of the Engineerium appears uncertain.