This building uses the first incarnation of the "Tudor Blocks" bricks, and (unlike the updated version of the model pictured below), the "wall base" blocks are simple unpatterned solid red, and there are no specialised "window" blocks. 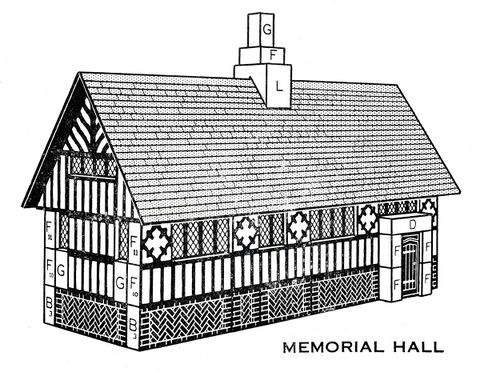 "Memorial Hall" design, a later and more sophisticated variation on the design used for the building, Lotts Tudor Blocks