A green 0-4-0 LNER Hornby No.1 Electric Tank Tank Locomotive, in its original box.

The loco is green with a green steam dome, wheels and chassis, red buffers, white lining, and "LNER 463" on the side of its tank.

The brown box is separated into two compartments, with the second compartment holding the speed regulator, a dark red or brown box with a curved top and gold lettering by a sweeping lever for speed and a forward/reverse switch. a white label at the end of the box says "NO.1 ELECTRIC TANK LOCOMOTIVE", with a small pale green "dot" sticker legended "LNER". 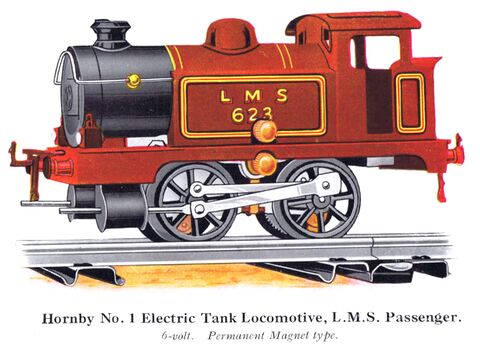