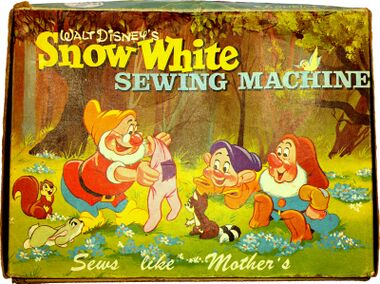 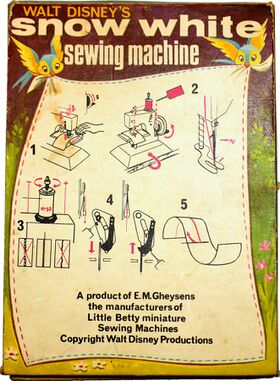 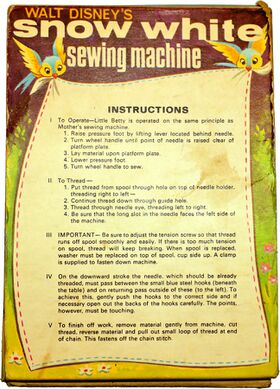 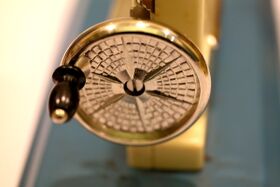 A white plastic Disney-licensed Snow White Sewing Machine with blue base and a heavily illustrated box, made by E.M. Gheysens ("EMG"). 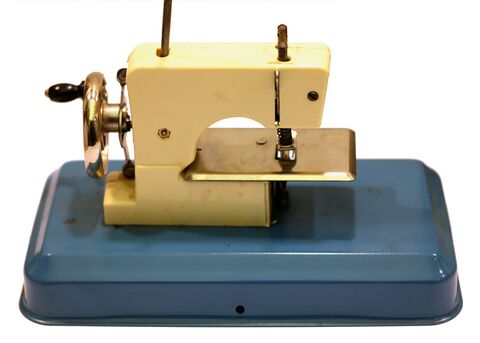 Although the box is brightly coloured and extravagantly illustrated with Disney characters, the machine itself is surprisingly bare – it would originally have carried a smallish decal of Snow White, but apparently not the actual Snow White name, and was otherwise a standard Gheysens "Little Betty" sewing machine. One could argue that the machine's white plastic bodyshell was technically a "snow white" colour, but other than the box picture of Snow using the machine to mend clothes for the dwarfs, there was not a lot to link the product to the Disney brand. While it would have made more sense to have the words "Snow White" somewhere on a "Snow White" sewing machine, perhaps the licensing agreement with Disney fell short of allowing Gheysens to put a Disney brandname on the product itself, rather than just on the box. 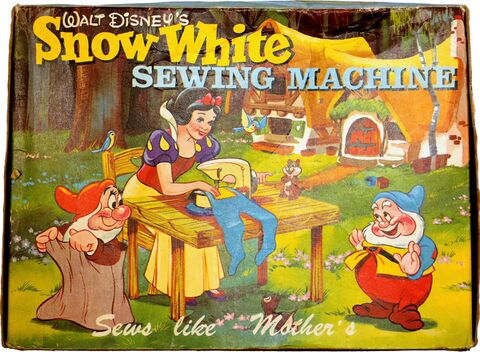 Gheysens was a Belgian national who set up a manufacturing facility in Dover, Kent in the South of England, and formed a business relationship with Straco (Strauss and Co, American toy importers), who had also imported machines form Germany made by Casige. The "Little Betty" sewing machines were produced from the 1940s onwards – the Disney-branded versions seem to have been a last-ditch attempt to revitalise the brand, but since it's supposed to have been the last Little Betty model produced, the plan seems not to have worked ... either that, or it was an attempt to sell off some existing stock, rebadged.

One end of the box has a circular blue and silver sticker with LB in script text and W4D in block capitals. 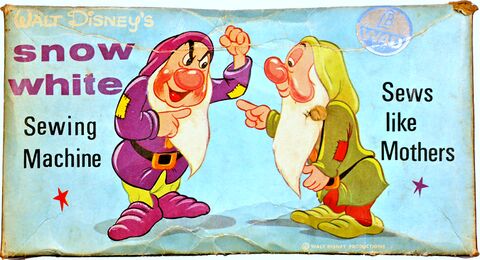