A grey and red Hornby Series Snow Plough, from around 1925.

The Hornby Series Snow Plough went though a number of colour variations over the years. This version is grey with a red set of rotating blades, red window frames, a black base, and the words "SNOW PLOUGH" in white on its sliding door, surrounded by a rounded-cornered rectangle. It has "LMS" on the edge of its black base in red-shadowed gold letters.

The plough corresponds to the picture in the first (1925) Hornby Book of Trains. The snow plough was introduced in 1923/24, but it's difficult to find colour reference images for comparison that were produced before 1925. 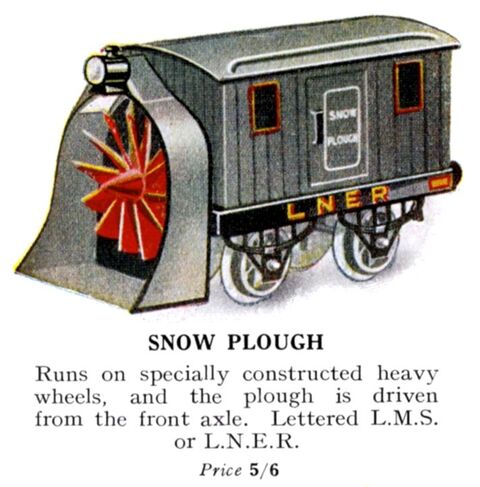