A scratchbuilt model of a red RET "Railless Car" double-decker No.50 open-topped trolleybus, with an open stairwell and red-based trolley poles, for the Aquarium.

The trolleybus has white windows, lower panels and detailing and grey tyres. 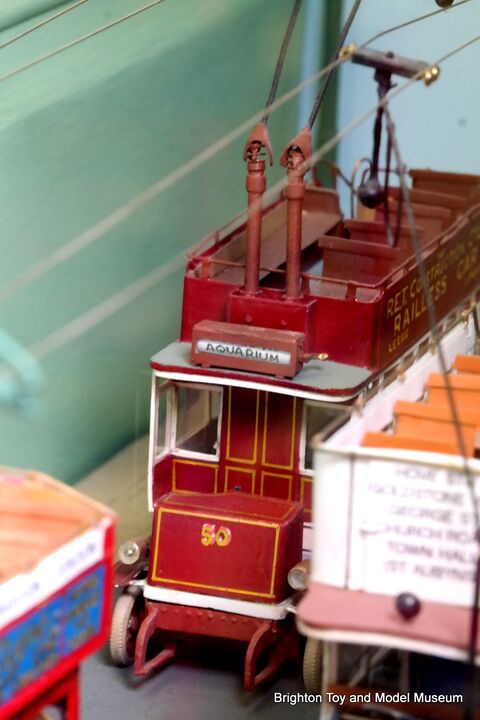 The Railless Electric Traction Company was set up in 1909 with a London office, and soon opened another office in Leeds, to sell trolleybus systems based on designs already in use on the Continent.

The company had some success in selling systems to Rotherham and Leeds, but the German aspects of the design and the need for some critical German-produced components caused public relations and supply problems for the company after the start of the First World War, and the company didn't survive the 1914-18 war, calling in the receivers in 1916.

The company was then acquired by Short Brothers and rebrand, with a number of name variations apparently being used including Railless Ltd., R.E.T. Company Ltd., and, eventually, Railless Electric Traction Construction Co. Ltd.