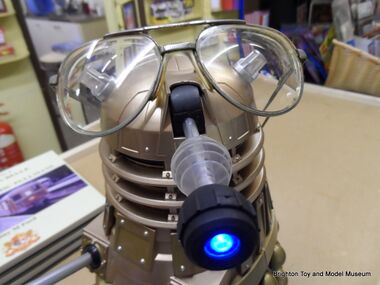 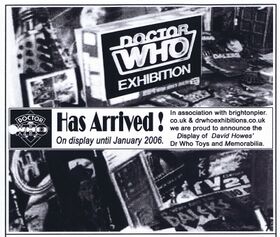 The series centres on a human-looking alien time traveller, "The Doctor", who travels through time and space in his time machine, the "TARDIS". Originally envisioned as an educational programme for children that would use the time travel aspect as a device to show plots taking place in different periods of history, the series quickly gained more of an emphasis on science fiction.

The main character ("The Doctor") is a native of the planet Gallifrey, whose inhabitants (the Time Lords) possess time-travel technology. The Doctor (whose real name is unknown) is a renegade Time Lord who has escaped with a stolen TARDIS and now has little to do with the Gallifreyans, who in later series disappear as casualties of the Time War with their main enemies, the Daleks. The Doctor usually travels with one or more human companions. Gallifreyans have the ability to regenerate when on the point of death, emerging from the process with a new appearance and personality - this plot device has allowed a number of different actors to play the Doctor, and to introduce their own distinctive portrayals of the character.

In the series, the TARDIS (Time And Relative Dimensions In Space") is a machine that can travel through time and space, and can camouflage itself to blend in with its surroundings. At some point the TARDIS disguises itself as a common street police box ... and then gets "stuck", so that it appears somewhat inconguously as a dark blue, highly-recognisable box for all subsequent adventures. The TARDIS is much much larger on the inside than the outside, and the incongruity of seeing a 1950s London police box parked in various alien landscapes and time periods where it clearly doesn't belong has become one of the visual signatures of the series. The subsequent withdrawal of real police boxes from London Streets has also meant that the TARDIS now represents an even more distinctive piece of design, and has inadvertently elevated the blue "police box" shape to the status of a design icon.

The Doctor's greatest enemy is the Daleks, a race of mutated octopus-like alien genetically engineered soldiers encased in squat armoured metal housings. Originally created to fight in an alien civil war, the Daleks now roam the universe, intent on conquest. The Daleks are now considered a classic piece of industrial film/TV design, and the form still doesn't appear "dated", despite the fact that it has barely changed since the Daleks' first appearance in the 1960s.

Pages in category ‘Doctor Who’

Media in category ‘Doctor Who’