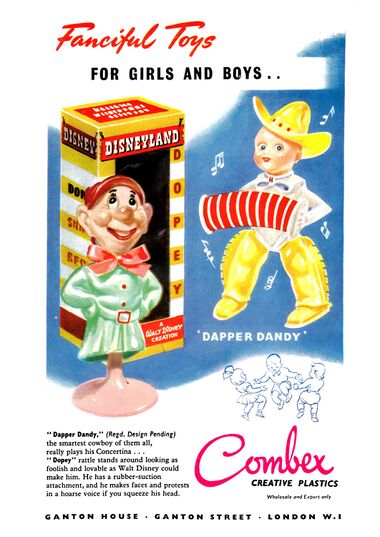 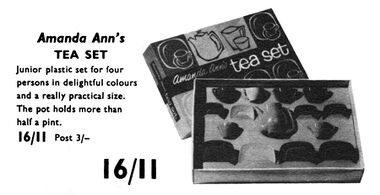 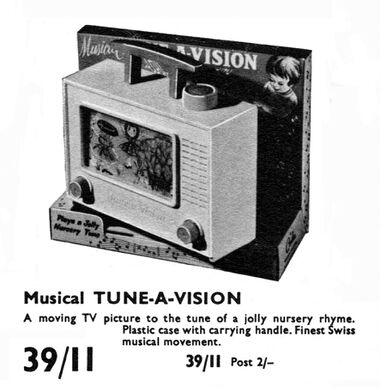 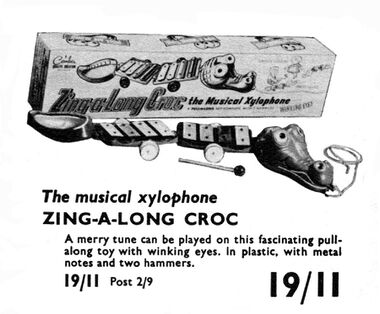 Combex were a plastic toy manufacturer. Originally founded in 1897, the company initially produced "fancy goods" such as toiletry accessories, includng combs. Combs were a product that lent itself extremely well to manufacturing in moulded plastic, which was an awful lot cheaper than alternatives such as fretsawed ivory, easier to mould than hard metal, and required almost no finishing. "Combex" seems to be a quite literal reference to "Comb".

50 years experience in the making of combs, hair accessories, etc.

Combex had added toys and "Kiddie Novelties" to its advertised range by 1951 (including the "Happy the Banker" clown moneybank), and by 1953, "Combex /tip-top toys" had taken over the year's BIF promotional advert, with no mention of toiletry products. The 1954 BIF advert was devoted to the company's rocket-shaped pencil box with integral pencil sharpener.

The company bought the rest of Marx from Quaker Oats in 1976.