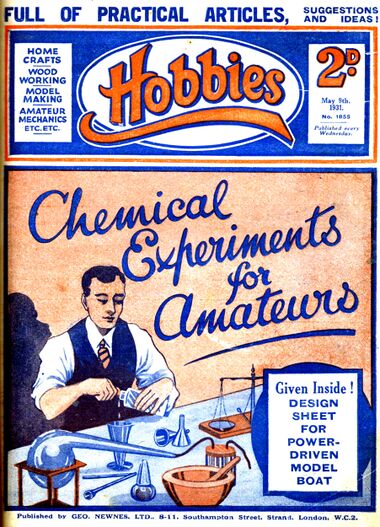 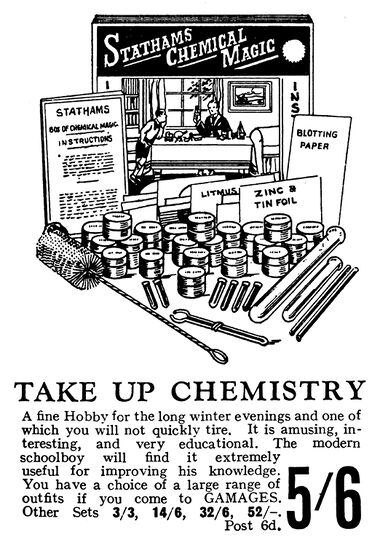 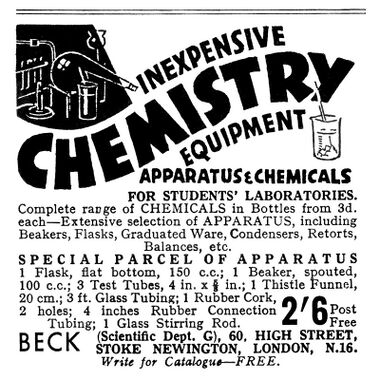 Chemistry sets were once fairly popular as Christmas or birthday presents for children, due to their "educational" aspect. The sets usually consisted of test tubes and other glassware, some sort of heater (usually a small spirit burner with a wick that could burn methylated spirits), an array of dry chemicals, and some other useful substances such as iron filings and magnesium ribbon.

The sets would come with a manual that would instruct children on how to do simple experiments, like making soap or testing chemicals with litmus paper for acidity/alkilinity.

The sets became less popular in Britain in the late C20th, perhaps partly because of the number of other toys and merchandising spinoffs that were competing with toyshop shelf-space. Another factor may have been the growth of the computing sector, which meant that a knowledge of chemistry was perhaps no longer considered to be such an up-to-date skill that would help kids in the job market in their later lives.

The best-known chemistry set "brand" in Britain in the 1970's was probably Lotts.