A motorised model of a fairground ride with four suspended aeroplanes, made using the Erector metal construction system, from A.C. Gilbert.

The model is made from a mix of the early classic Gilbert Erector pieces, which were stamped and curved representations of finished metal girderwork, and later, more abstract, "Meccano clone" pieces. 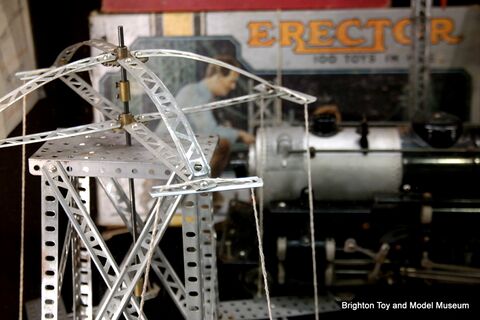 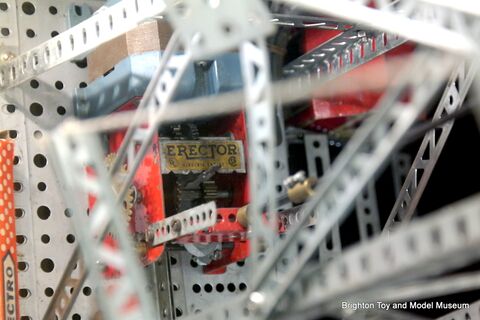 An Erector "Electric Engine" that would have powered the model

The evolution of Erector

A. C. Gilbert's Erector system started out using just the specialist "girderwork" pieces, but after buying the US arm of Meccano Ltd. in the 1920s, Meccano Corp, Gilbert found themselves with the rights to produce two different metal construction kit systems. Rather than produce both of systems, Gilbert stopped officially making Meccano, and started incorporating more and more Meccano-based pieces into Erector.