The bus has an open stairwell and the numberplate PM133. 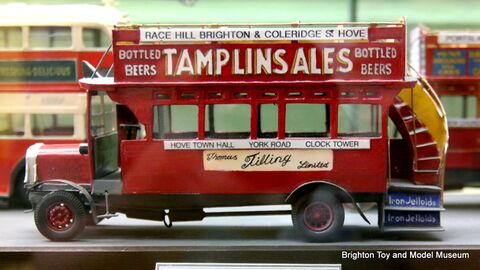 Period advertising is for Tamplins Ales bottled beers on the side, with other advertising including The Sketch newspaper, Iron Jelloids, and Swan Vesta.