A scratchbuilt model of an early red open-top Thomas Tilling petrol-electric double decker No.6 bus, for Portslade and Brighton Station, numberplate LF9892 circa ~1922-32). 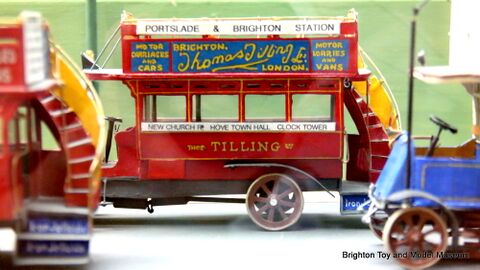 Period advertising is for Thomas Tilling Ltd motor vehicles on the side, Mennen's Toilet Powder on the front, and Iron Jelloids just below the first step of the stairs to the upper deck..