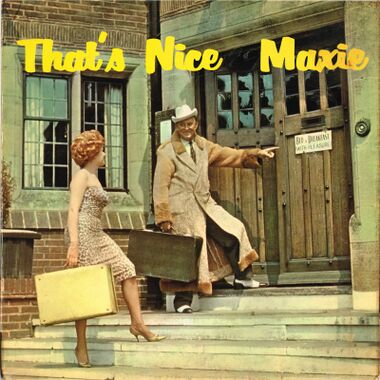 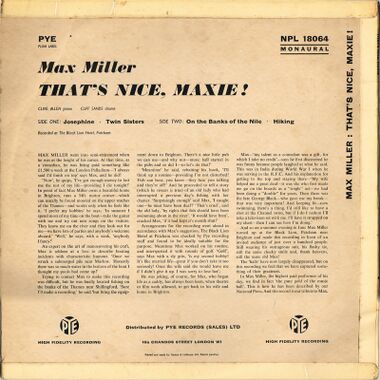 Back of the record sleeve [image info] 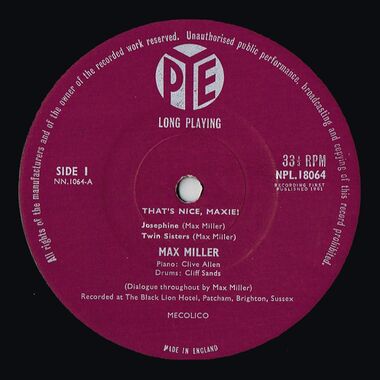 The front of the sleeve features Max Miller and a woman wearing a leopardprint dress, mounting the steps of the Black Lion, Patcham, about to enter. Miller is turning and smiling, and pointing to a sign on the door that says "BED & BREAKFAST / WITH PLEASURE".

The back cover recounts Miller's career and the story behind the making of the recording.

MAX MILLER went into semi-retirement when he was at the height of his career. At that time, as a comedian, he was being paid something like £1,500 a week at the London Palladium – "I always said I'd finish on top" says Max, and he did!

Max Miller owns a beautiful home in Brighton, runs a 54 ft. motor cruiser – which can usually be found moored on the upper reaches of the Thames – and works only when he feels like it.

"Sure I'll make a recording", he said "but bring the equipment down to Brighton. There's a nice little pub we can use – and why not music hall started in the pubs and so did I – so let's do that!"