BR's "Standard Class" steam locomotives were produced in the 1950's, and combined design features from the various companies that had been amalgamated to form BR. 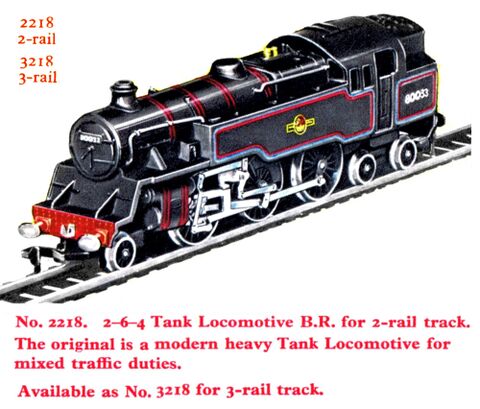 A later two-rail version of the same Hornby Dublo model, but with a different BR decal and running number 80033 (1959). After a reorganisation, the loco now had catalogue numbers of 3218 and 2218 for the three-rail and two-rail versions 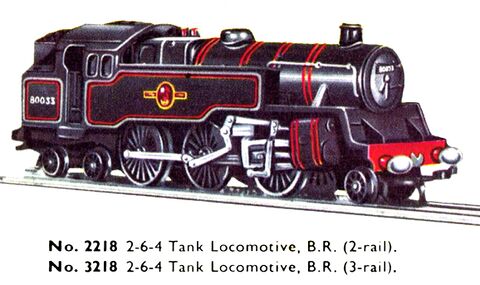