A brown 00-gauge Talbot Hopper Wagon made by Marklin in the later 1930s. 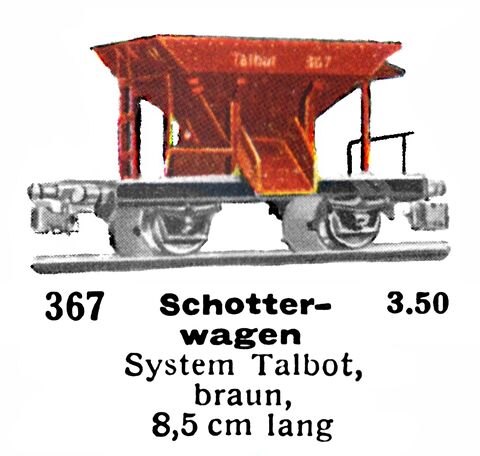 The company produced a unique "self-discharging wagon" with a controllable release mechanism developed by George Talbot, which became a best-seller. From 1928 this was produced in a revised Austauschbau design to maximise the number of standardised parts, in accordance with much of the rest of the German railway network's rolling stock.