Giulia
" This model is a white and black stork standing on its long, slim legs. It is standing on a green circular base: that’s the grass. Its beak is long, orange and really pointed. One of its legs is raised; maybe this stork is relaxing itself. " 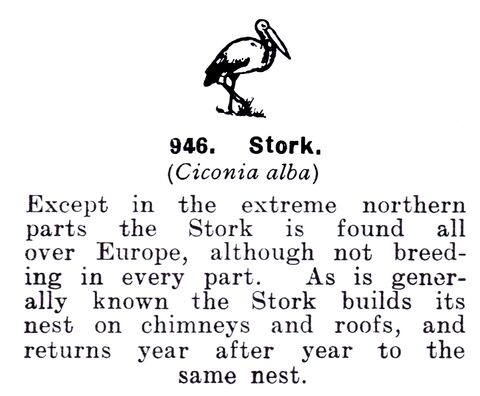 " Except in the extreme northern parts the Stork is found al over Europe, although not breeding in every part. As is generally known the Stork builds its nest on chimneys and roofs, and returns year after year to the same nest. "