A lithographed embossed tinplate Railway Station building with signal bell, Märklin 2650. The station is 34 cm long, 22 cm wide and 31cm high, and is supposed to have been produced from 1902 to 1919.

Our example is unusual in that while it clearly shows stylised "early Märklin" German-style architecture, it (anomalously) has signage in English ... so it would have been produced as an export model for the British or American markets. 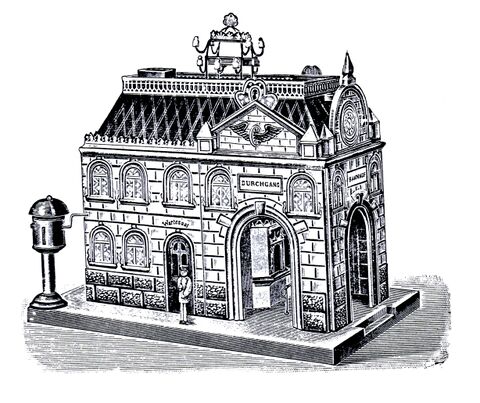