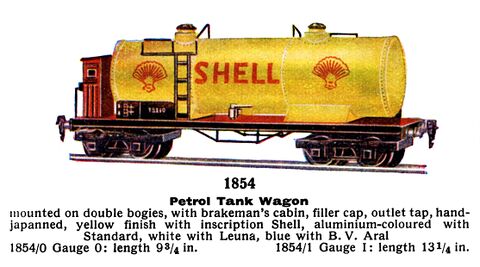 Petrol Tank Wagon number 1854 was produced in gauge 0 and gauge 1, in a range of liveries:

... for identification purposes. Some models which were initially only available in Shell livery didn't need the trailing "S" to start with, adding it later when the other variations became available.