A black model LNWR 4-6-0 locomotive 2222 "Sir Gilbert Claughton, with red and gold lining, made in gauge 1 by Bing for Bassett-Lowke.

Number 2222 was the first of the Claughton Class locomotives, 130 of which appeared between 1913 and 1931. The LMS renumbered the class 5900–6029, and replaced them with the more efficient and powerful Royal Scot Class, whose boiler and firebox profile looked very similar.

Although perhaps not particularly great locomotives, the Claughtons were well-liked before the Royal Scots became the new media darlings. Only one Claughton survived WW2, and was scrapped shortly afterwards.

The Claughtons were named after the then Chairman of the LNWR, Sir Gilbert Henry Claughton (1856-1921). 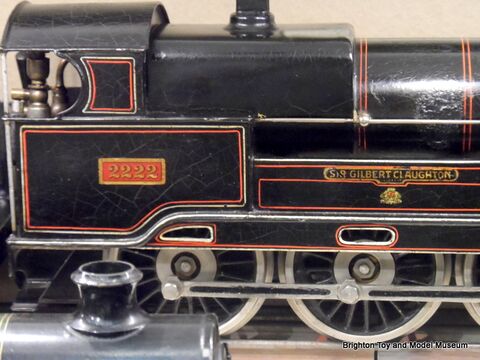 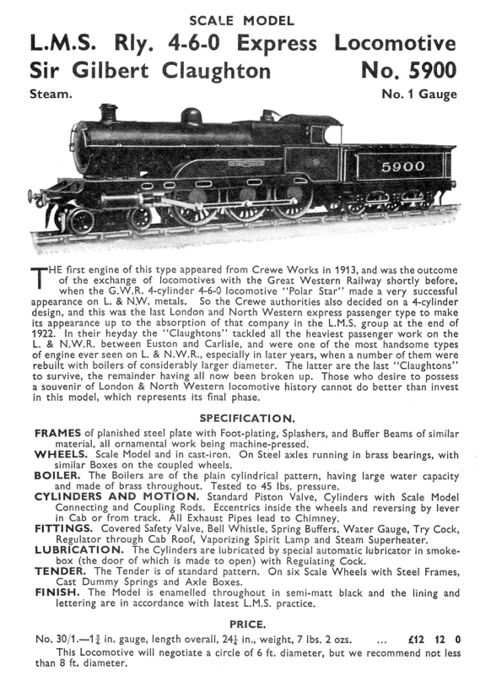