A single-cylinder steam-powered model Tug, the "Industrious", scratch-built by Chris Littledale when he was a teenager, circa 1961. The model has a red funnel with black upper, and the deck has been lifted off to show the working steam engine inside. 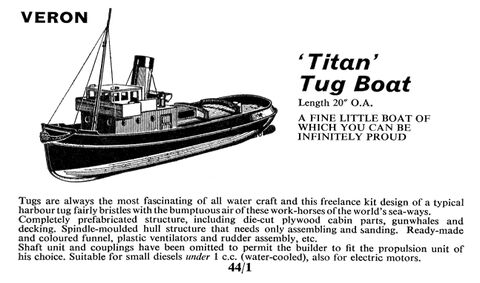 1962 catalogue entry for a kit based on the plans