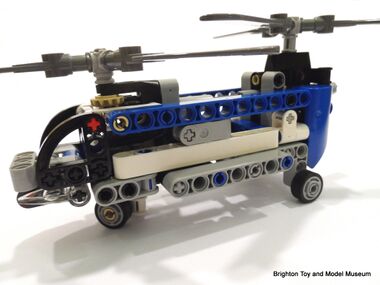 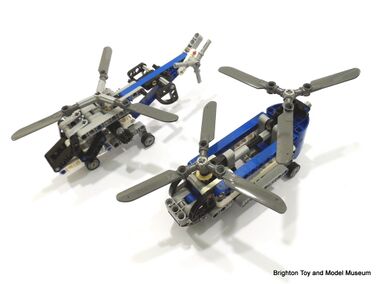 The two alternative helicopter models from Lego Technic set 42020, side by side [image info]

The set is mostly made of grey, blue and white Lego Technic parts, including some bevel gears and six rotor blades. It comes with two sets of instruction manuals, for building one of two alternative helicopter designs: a small single-rotor 'copter whose blades rotate when you turn a side-knob, or a larger twin-rotor helicopter that seems to be inspired by the Boeing CH-47 Chinook, where manually rotating one set of blades makes the second set rotate.