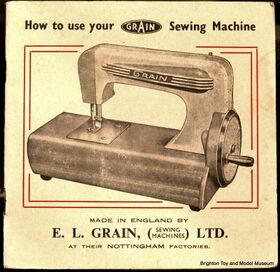 The Grain Mk2 Sewing Machine was launched in 1959 as a slick, ergonomic, modern, classy-looking upgrade to the original Grain sewing machine (which retrospectively became the Mk I).

The Mk2 had a more expensive improved mechanism and materials, and although the information sheet had the same oval Grain logo as before, the retail packaging for the Mk2 sported a new ultra-modern borderless grey-blue logo. 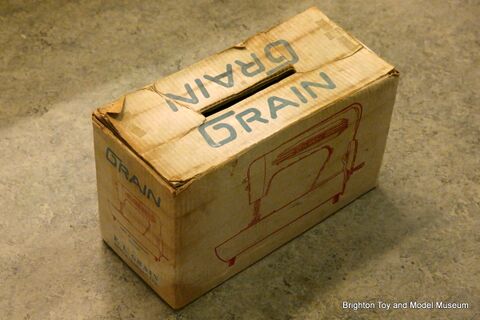 However, the early 1960s were probably not a good time to be selling a premium-priced top-end UK-built miniature sewing machine given the number of cheaper Eastern imports coming onto the market. The Mk2 only lasted around four-ish years before the company stopped manufacturing their own machines and focussed instead on importing and servicing sewing machines, including those aimed at the industrial market, where customers needed reliability and servicability, and were prepared to set their budgets accordingly.

The new modern Grain machines had an ergonomic working surface with large-radius curved lead-in and lead-out edges, which was originally wood-laminated, and then finished with wood-effect textured plastic.

Just as production was shutting down, the company produced a limited number of Mk2's with red bases, as a tribute to the red "premium" version of the Mk1. 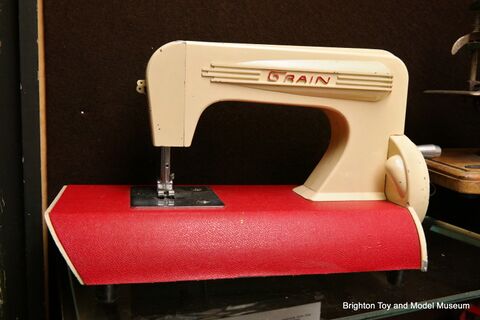