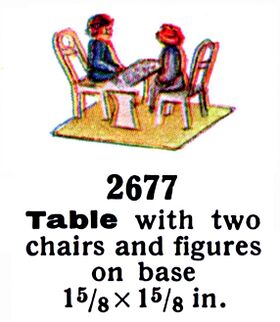 1936: Märklin 2677, a smaller two-person version. The two-seat version has a pair of figures sitting opposite each other over a bench-style table, and unlike the four-seat version 2678, there are no green splashes at the corners of the base to suggest vegetation – the two-seat version was "dual use", and could be fitted inside some of the shorter Märklin coaches to provide interior detail. [image info]

A set of four small figures, with four white tinplate chairs and a round white tinplate table, on a square tinplate base, made by Märklin in the mid-1930s, catalogue number 2678. The table is displayed on the 1930s model railway layout alongside the Leipzig Grand Station, beside its original box. 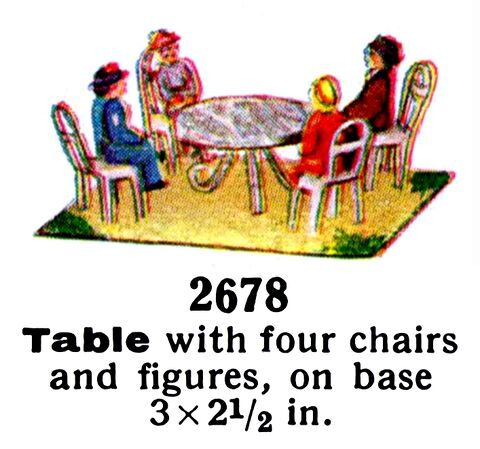