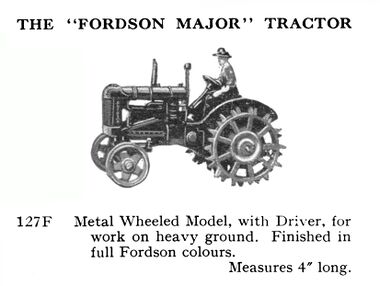 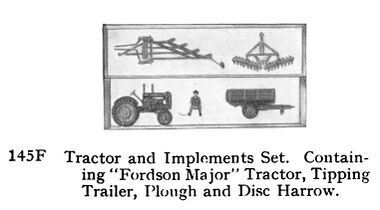 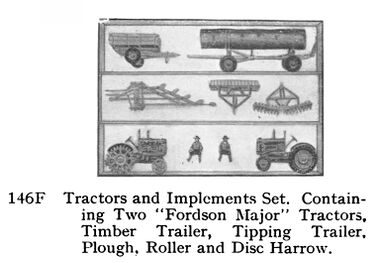 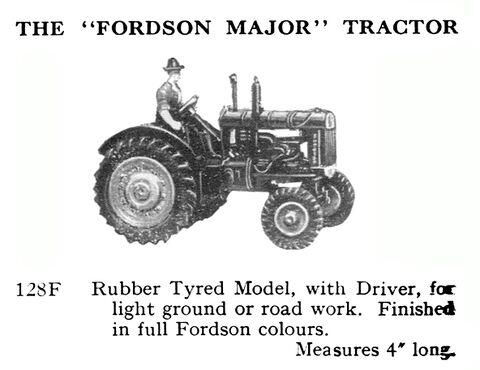 Although the tractor was not clockwork, it could be coupled to a trailer containing a clockwork motor. 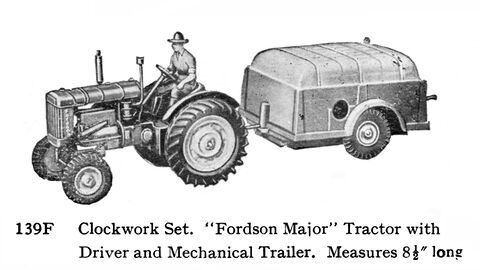 Although not technically an authorised or promotional model, the 1958 catalogue says:

"We are indebted to the Ford Motor Co., Ltd. for their assistance in producing these scale models"

, so it seems likely that Ford might have supplied Britains with plans for the tractor on request, and probably also supplied plans to other toymakers interested in making model tractors (the very nice 1:16-scale Chad Valley model being a likely candidate).