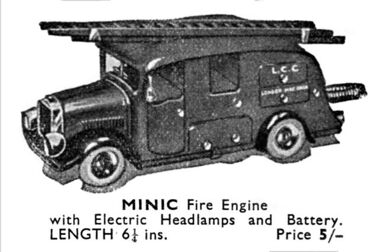 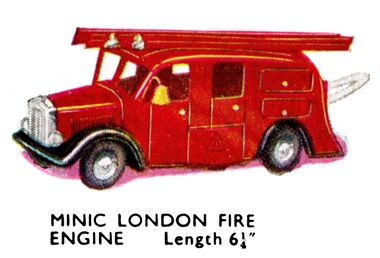 ~1950 Post-war version: Note that the knob on the lower side compartment which served as a power switch has now gone – the post-war version still has the battery compartment and hatch, but it's no longer for a battery, and the model no longer has electric lights. Comparing the two drawings, the windscreen and door details also seem different. [image info]

A pre-war clockwork model of a Fire Engine, made by Tri-ang as part of the Minic vehicles range, model number 62ME, with E standing for Electric.

The Fire Engine is painted bright red and has open and closing hatches, and white tyres. It also has an extending ladder and working electric headlights.

Tnis was one of the most elaborate pre-war Minic models in terms of the complexity and number of parts required to manufacture it. Lines Brothers seem to have decided that a bright red clockwork fire angine with ladder and bell was such a desirable toy, that they might as well "push the boat out" and try to make something really special, complete with electric lighting. 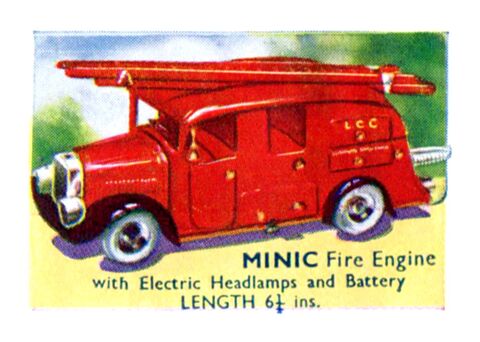