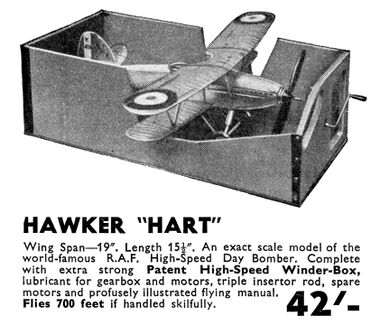 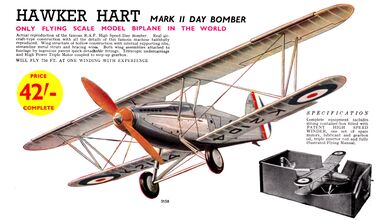 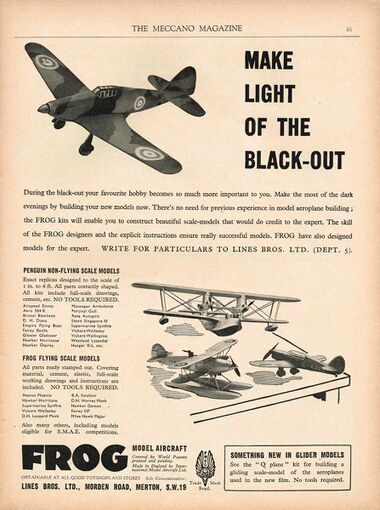 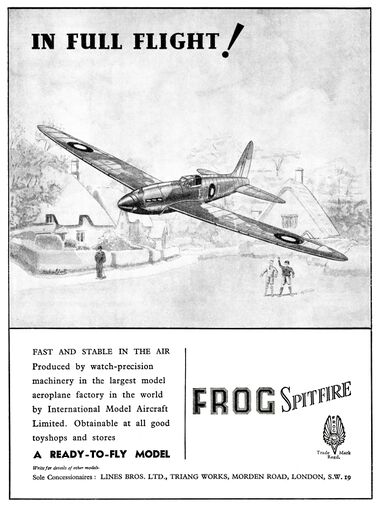 FROG (IMA) was quite possibly the greatest example of confusing marketing in the entire confused history of British Toys, and originally applied to a successful range of wind-up model aircraft.

Branded as "FROG Trademark", "A product of Lines Bros.", and "Made by International Model Aircraft", F.R.O.G. was an acronym that stood for "Flies Right Off Ground", so the defining quality of a "frog" was that it flew, and the FROG trademark helpfully expressed this with a cheerful image of a frog with wings.

However, after their initial burst of enthusiasm for (successful) flying aircraft, the people at Frog realised that there was now a growing market for model aircraft that didn't fly, and they decided that they wanted a part of this new market. What was now needed was a new sub-brand that expressed the concept of a bird that didn't fly, and so was born the Frog Penguin range.

The FROG Penguins did well, and the FROG brand was too recognisable to abandon, so the company continued using the name when they started making model boats, presumably reasoning that, after all, penguins swam.

So the boat range were "FROG Penguins" because they didn't fly. 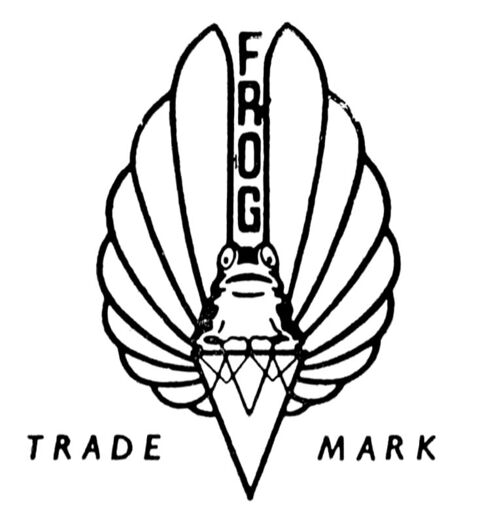 Post-WW2, the FROG branding became primarily known for a range of high-quality polystyrene kits, whose buyers were probably unaware that "FROG" was always shown in all-capitals because it had started out as an acronym.

" Also many others, including models elegible for S.M.A.E. competitions. "