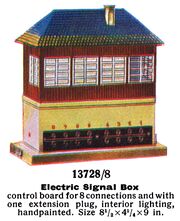 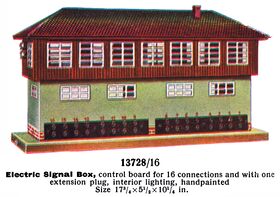 A tinplate model Four-Way Signal Box controller, made by Märklin in the 1930s as model number 13728/4. The signal box has four pairs of contacts along the lower front surface, and a cutaway at the back to allow four sets of controls to be operated.

Before the widespread introduction of electronics allowing remote monitoring and control, Signal boxes used to be a common feature on the British railway network. These were typically high rectangular buildings alongside the track with large windows running along the upper level for maximum visibility. Signalmen would watch passign trains and receive notifications of train positions by, eg, a ringing bell, and would then operate a series of long levers to set the positions of railway points and signals.

On models railways, "standard" signal boxes would have limited play value, as they didn't have passengers of platforms or other auxiliary accessories ... however, if a layout had a number of remote-controlled points and signals that needed to be operated from a single location, there was a certain logic to disguising the control box as a real-life signal box. 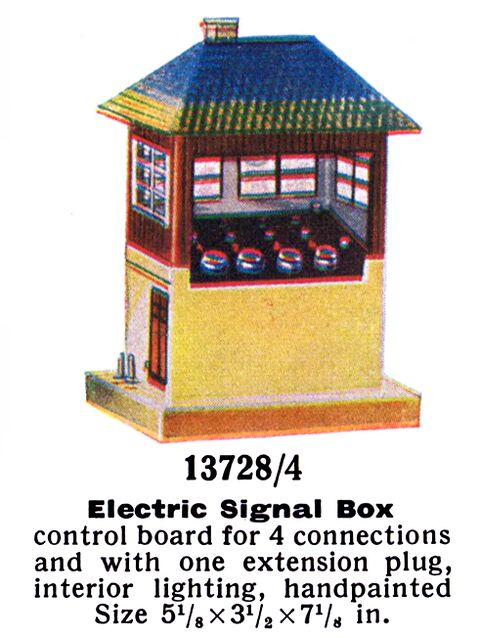