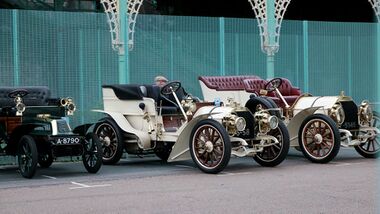 A couple of large Mercedes from the period (1903) [image info] 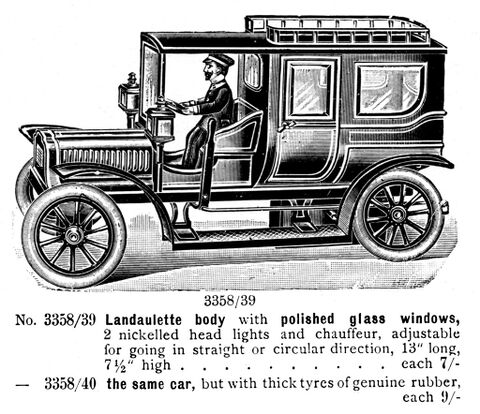 A smaller and apparently earlier version of the car, from the 1911 catalogue. Like Bing, Carette often made three or four different versions of a toy in different sizes, which looked almost identical in pictures (which also made their catalogues easier to produce!
In this case, the only real giveaway that this isn't exactly the same piece is the accompanying text that lists it as being ~13 inches long (rather than ~sixteen), and the fact that the running-board is attached with two supports on the catalogue image, and three supports on our larger version.