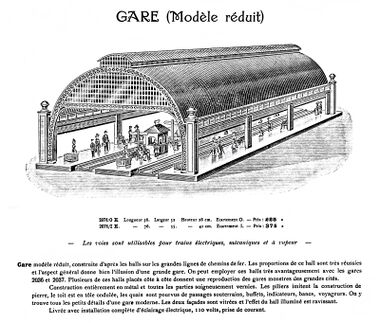 , A painted tinplate Covered Junction Platform with large single-span arched roof, suitable for larger railway stations. The piece was made by Märklin (catalogue number 2078/0), probably in the 1920s, and was meant to accompany the company's grand station main building based on Leipzig Station.

The building has a green curved corrugated metal roof and cream uprights meant to represent stonework, and could either be placed behind the main station building pointing sideways to produce a "through" station, or could be butted up against the rear of the building with the tracks pointing directly at the main building, and terminated with buffers, to produce a terminus station. 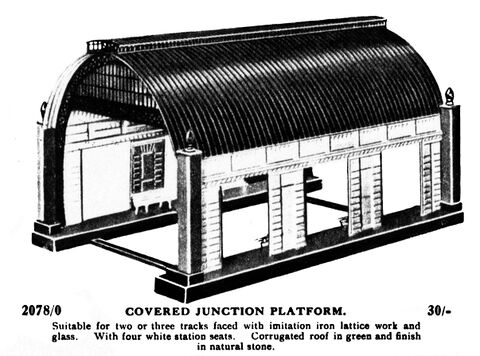 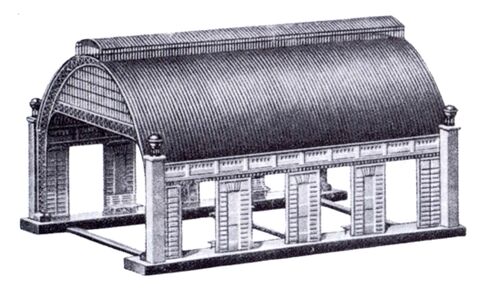 Unidentified catalogue image. This is supposedly also #2078, but it has five side supports rather than four, making it longer. This is presumably the gauge 1 version of the station canopy, 2078/1.

Corrugated roof in green and finish in natural stone.

Close examination shows that Märklin sometimes reused component pressings across different product ranges – the strips along the side of the canopy roof "spine", with their vertical ventilation slots, appear to be the same part used in the nearby Grand Bridge as side-railings.