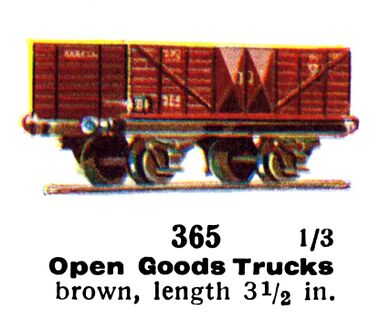 A brown 00-gauge Covered Goods Wagon with a cloth representation of a tarpaulin, made by Marklin in the later 1930s.

The 1930s catalogue listings show the "Covered Wagon" as officially having a catalogue number of 363, with 365 being the wagon without tarpaulin.

On the other hand, the images we've found online of 363 covered wagons also all seem to be the standard 365 wagon with "365 markings. 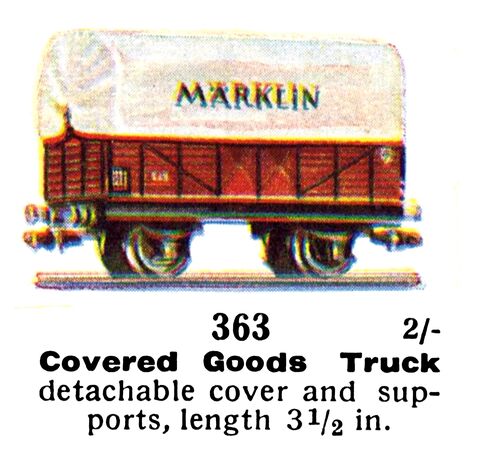 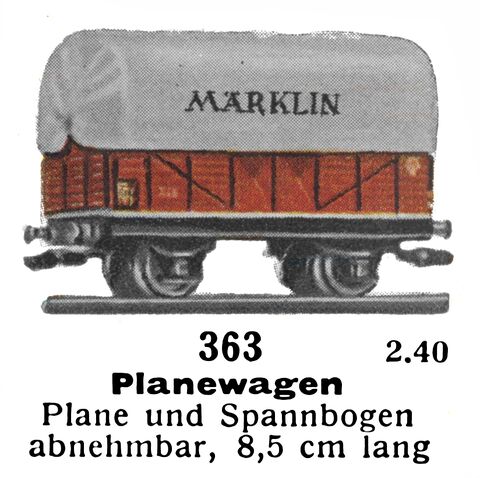