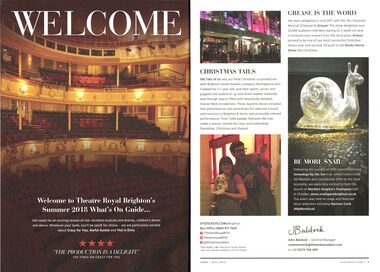 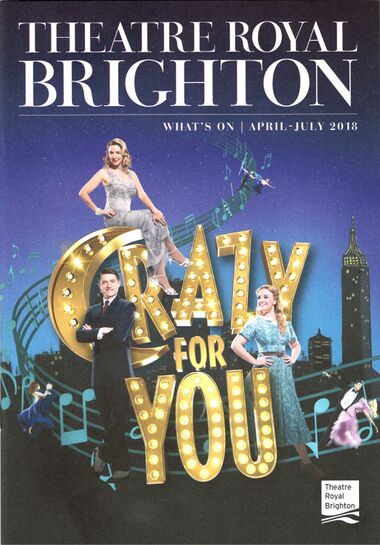 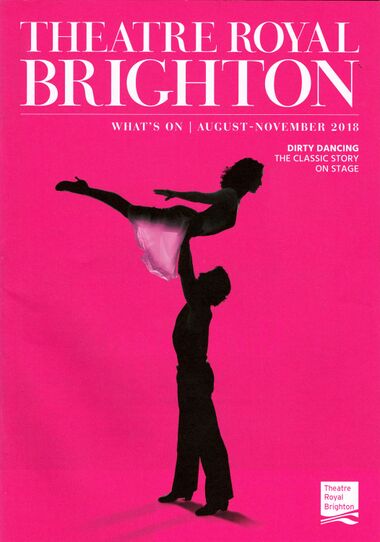 The Theatre Royal is the nice theatre building on New Road, to the North of the Pavilion Gardens.

The current building dates back to the time of George IV, but at least two earlier theatre buildings have existed on the site.

was built in 1789. It was opened last season by Mr. Brunton, under whose management the business of the drama was conducted with much spirit and propriety. The interior is handsomely decorated, and as it is opened during the recesses of the London theatres, the Brighton boards are trod by the first performers from Drury Lane and Covent Garden. This amusement is much patronized by the company, and the liberality of the manager is well rewarded by fashionable and crowded audiences.

Is a neat and commodious building, situated about the middle of the New Road. The original Theatre was nothing but a barn, but in 1774, a more respectable building was erected; and about 1777, Mr. Fox, of Covent Garden Theatre, became the lessee for 15 years, at the annual rent of £63. But this not being sufiicient to accommodate its audience, the present one was erected by H. Cobb, Esq. of Clements Hill, in 1807. The exterior is extremely plain, a colonade runs along its whole front; but the interior is tastefully and elegantly decorated, having two tier of Boxes, a Pit, and a Gallery; the depth from the front Box to the Curtain is forty feet. His Majesty has a Box on the left of the Stage, separated from the rest by an iron lattice work, richly gilt. The Theatre is lit up with gas; from the ceiling is suspended an oriental lamp, illuminated with His Majesty's Arms, which, when lighted, produces a chaste and brilliant effect.

The time when this Theatre is open, is during the recesses of the London Winter Houses. Crowded audiences are attracted to witness the performance of some of the most eminent performers of Drury Lane and Covent Garden. Mr. Russell, from Drury Lane, is the present Manager, whose spirited superintendence has given general satisfaction.

The Theatre is open every evening in the week during the summer season, and four nights a week in the winter

Is situated in the New Road, and is decorated in a very chaste and elegant style, and warmed with air stoves. It is allowed to be the prettiest Theatre out of London, and very commodious. The performances commence at seven o clock.