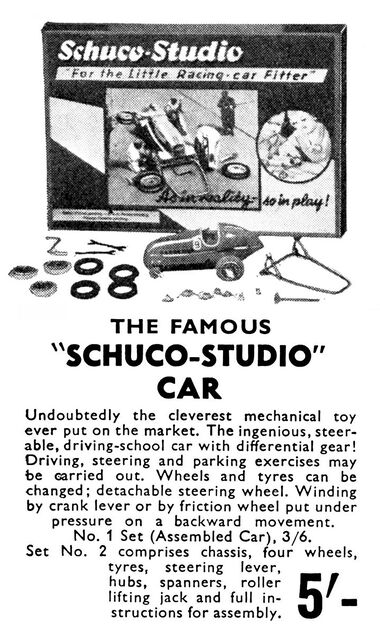 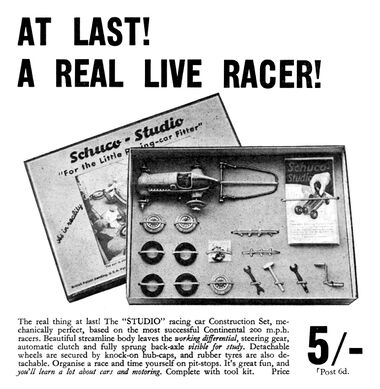 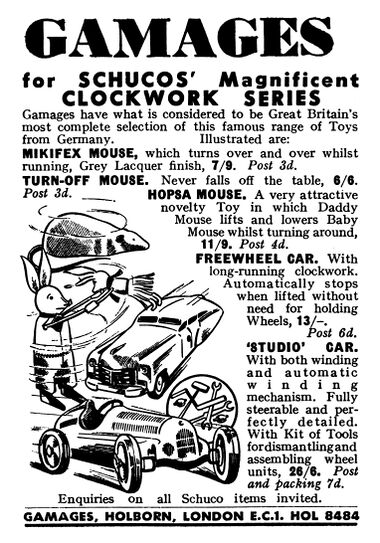 Schuco ("Schreyer & Company") was founded in Nuremberg by Heinrich Muller (formerly an employee of Bing) and Heinrich Schreyer.

After World War One, Schreyer left the company as he believed there was no future in toy making. He would be replaced by Adolf Kahn who would stay as partner until the 1936 when he left both the company and Germany after Hitler came to power. Kahn was replaced during the war by Alexander Girz.

The company officially adopted the shortened name of Schuco as the company trademark in 1921.

In 1940 Kahn and his son (now living in America) established Schuco Toy Co. Inc. with full rights to import Schuco toys to America and Canada.

The company went bankrupt in 1976 and their designs and trademarks were traded from one company to another over the years until finally regaining their own independence in 1996.

The company was mostly famous for their model cars and mechanical toys. Schuco's mechanical ingenuity expanded to everything it made – even its soft toys tended to have mechanisms, so the earliest "Yes/No Bears" (released in 1921) had a switch in the tail which would allow the bears head to nod up and down or shake left to right, and the "Janus" bears had a mechanism to rotate between two faces.