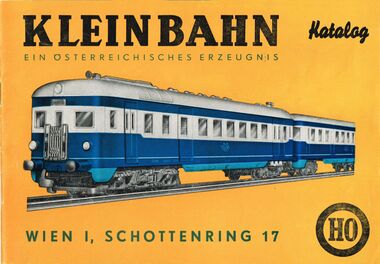 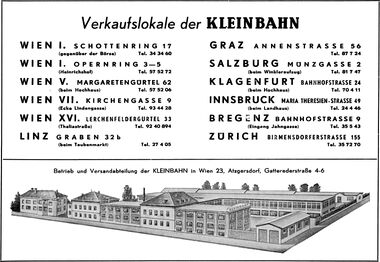 1965: Shop addresses and picture of the factory [image info] 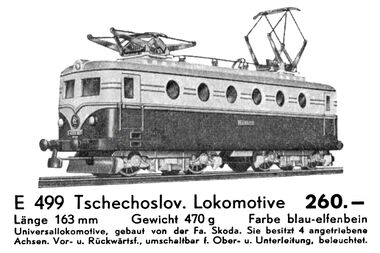 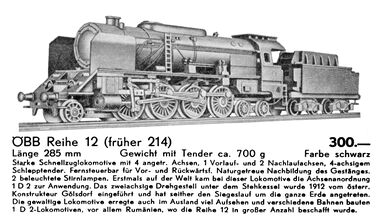 As the company specialised in models of Austrian and Swiss trains, most of its market was "local". The company therefore decided that in order to "cut out the middle-man" they'd not supply the general retailer market via a distribution network, and would instead open their own model railway shops to sell their own products.

At its peak, Kleinbahn had at least ten shops serving Austria and Switzerland. In latter years, this network of shops has contracted, and since 2018 the range has only been available online and via the factory shop.

Gebrüder Klein OHG was dissolved in 1979 and in 1984 became two companies:

The original factory was split in two, with the two companies having half each. However, the offshoot company Klein Modellbahn ran into financial problems and moved out to other premises, formed a partnership with fellow Austrian model railway manufacturer Roco, ceased production in 2008, and with the failure of the Roco partnership, closed down altogether in 2010.