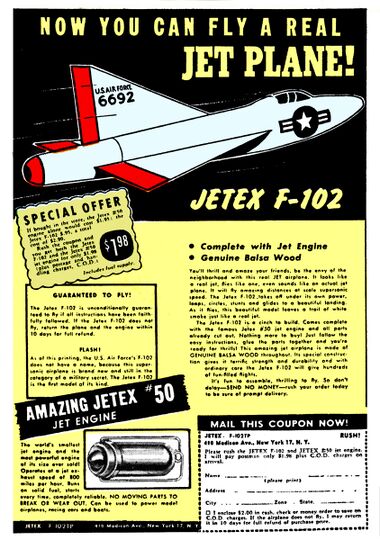 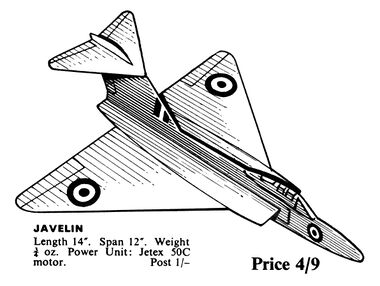 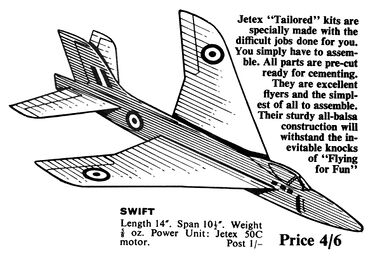 Jetex-powered model aircraft. With Jetex initially only producing engines, KeilKraft and Veron stepped in to fill the gap, with model aircraft designs specifically created for the new engines. Once the new Jetex company had got into its stride, it hired additional design staff and soon started also making its own model aircraft (and other model vehicles) to take the engines.

Although a seven second powered burn didn't sound very long, the idea with these planes was that the rocket engine would produce enough powered thrust to take the plane to an altitude of over 100 feet, after which it could glide a significant distance. For model aircraft enthusiasts who wanted greater performance (or had heavier planes), Jetex produced longer-burn variants on the rocket motor, which stacked more pellets for a longer burn.

Jetex plane users learnt that the secret of a high-performance Jetex plane was not to keep doping the skin (which increased weight), to aim it up (so as to use the power to achieve height) and keep the plane as light as humanly possible ... and also to throw it really hard!

Some Jetex aircraft models and kits 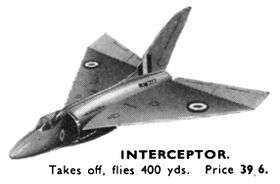 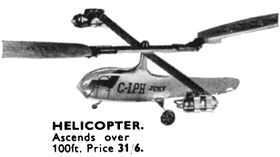 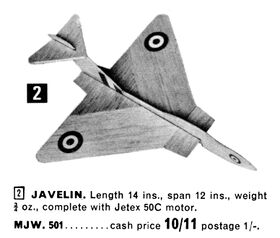 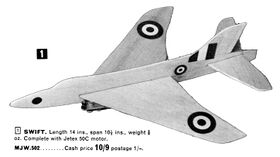 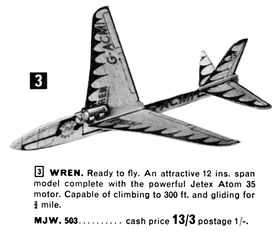 WREN – Ready to fly. An attractive 12 inch span model complete with the powerful Jetex Atom 35 motor. Capable of climbing to 300 feet and gliding for 3⁄4 mile.