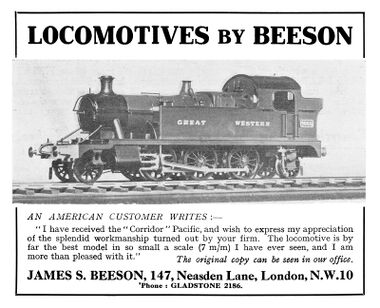 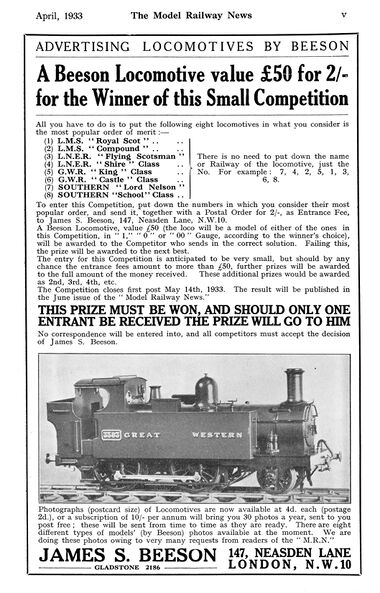 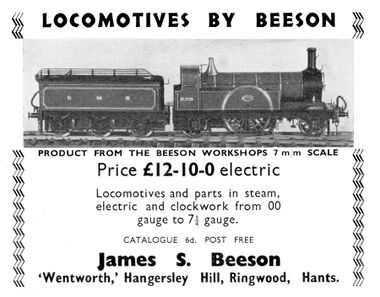 James Stanley Beeson (1909-1990) (a.k.a. "Stan Beeson", or just "Beeson") has been described as possibly the greatest railway modelmaker of the Twentieth Century.

Beeson made model locomotives, and sold them himself ("Locomotives by Beeson"), and through a few of the various UK model railway suppliers, who would sell them under their own brandnames.

Beeson's pieces, even his earlier and more simply-constructed locos, were superlatively good - there was something about the look of a Beeson-built loco that just stopped you in your tracks. You might not be able to put your finger on what made the item look so special, but you could tell that it wasn't a standard piece. A perfectionist who took a jeweller's approach to his metalworking, Beeson made his own complex parts including wheels, and did his own paintwork. Although he built locos in batches, these were individually handcrafted pieces that wouldn't leave Beeson's studio until he was completely satisfied with them - some of his later pieces are considered to be practically the equivalent of Fabergé eggs in terms of metalcrafting excellence.