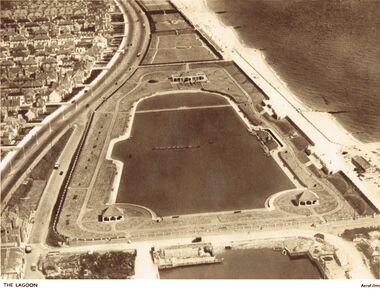 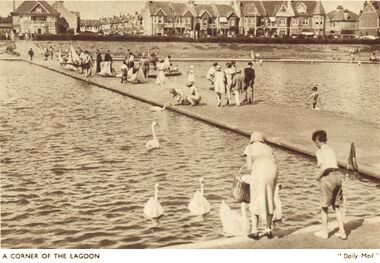 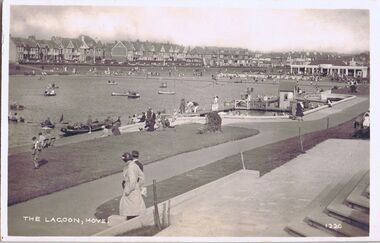 Hove Lagoon is at the end of Hove Esplanade, and during the model boating boom of the 1930s was one of of the two main centres for model yachting and sailing other model boats in the Brighton and Hove area, the other being the boating lake at Queens Park.

The patch of land was originally a boggy silted-up region called Salt Daisy Lake (within Salt Daisy Field, Aldrington Basin). In the 1920s, the council decided that it would take over and maintain the seafront, and the small neglected saltwater hollow that flooded at high tide was earmarked as a possible ornamental pond. The legalities of buying the land were complicated by the fact that there was a grey area as to how far riverbank rights for the bottom of the Adur extended to the silted region that it has created beyond the original seashore. However, everything seemed to eventually get resolved, the fiances were finally sorted and works finished, and Hove Lagoon was at last opened in 1930.

Norman Cook, aka Fatboy Slim opened the Big Beach Cafe on the lagoon in June 2013.