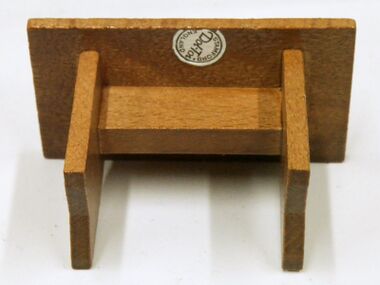 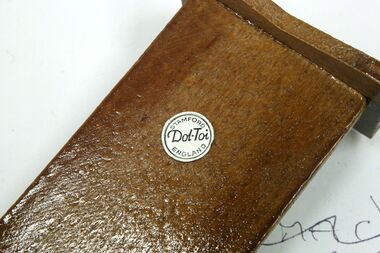 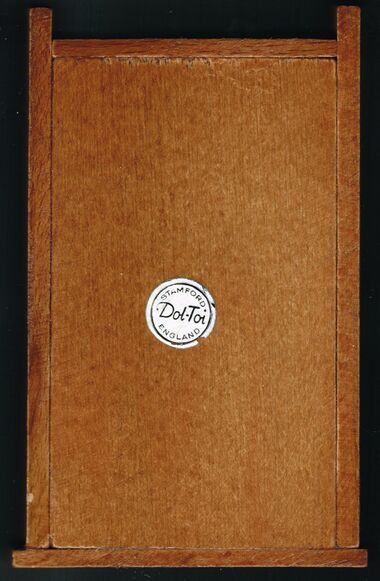 back of a piece of furnture, with Dol-Toi sticker [image info] 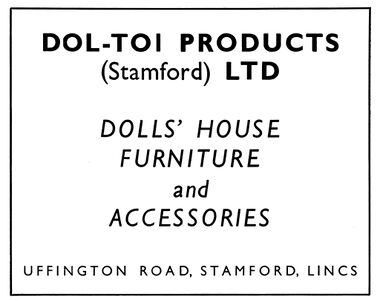 Dol-Toi Products (Stamford) Limited had its origins in a company set up in 1944 by Eric William Green and George H.C.C. Hind to build caravans and build and repair agricultural barns, with the spare offcuts being used to make dollhouse furniture. Having a main business that could demand supplies of building materials during the war and afterwards, and which would generate a certain amount of waste suitable for small toy items was a clever idea, as it guaranteed a supply of raw material, which would not otherwise be guaranteed for a new toymaking business in the context of wartime and post-war restrictions on the supply of scarce materials. 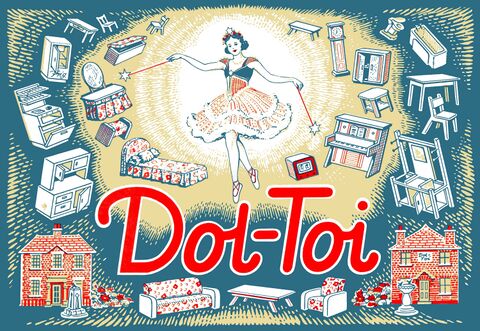 Dol-Toi are chiefly remembered for their wooden furniture, which was sometimes slightly clunky, and sometimes had oversized end-pieces, but was always obviously made with care and attention.

They also made cast-plaster plated food and plaster moulded fireplaces (which seem to be becoming rarer over the years, as they have a tendency to shatter when dropped onto a hard floor).

A distinguishing feature of Dol-Toi's range is that their wooden products (mostly? all?) seem to have all been made out of solid beechwood, as opposed to, say, similar products by Barton, which tended to be made of plywood.

Some of the degree of variation in wooden Dol-Toi pieces is explained by the story that for many years there were no official plans or specifications for individual items in the range: workers were instead simply handed a finished piece and told to copy it. This seems to explain why there was sometimes so much creative variation between examples of what was supposed to be the same item.