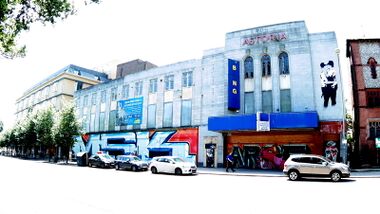 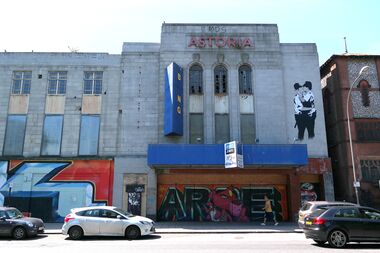 The grade II-listed Art Deco Astoria Theatre was built in 1933 and designed by Edward A Stone. It became a cinema in 1958, but retained the manager's flat and dressing-rooms, and was turned into a bingo hall in 1977.

It was demolished in the summer of 2018 to make way for new flats.

The Astoria, with 1,800 seats, was one of the largest super-cinemas built on the south coast and was the flagship of a chain of Astorias built in several seaside towns - it is also the principal survivor. Its decoration survives remarkably intact under later alterations, and includes in the proscenium frieze work of unusual quality. It is particularly unusual in its French art deco style, of which it is rare cinematic survivor. This style was adopted by Stone for his Whitehall Theatre, City of Westminster (grade II), and can be seen in other West-End theatres, notably the Cambridge; but this is a larger and more elaborate example intended to demonstrate that a south-coast ciné-variety hall could match the West End in sophistication.