Of excellent quality, the piece features a pair of wheels and a detailed relief of a monkey. 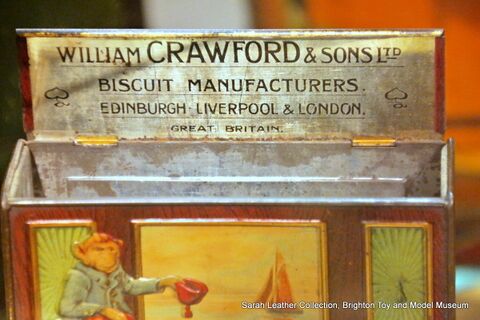 A barrel organ is named after the rotating drum at the heart of the machine. The machine has a set of organ pipes and a source of compressed air, and the barrel is studded with patterns of small pegs that open the valves to the pipes in sequence to play a tune.

The history of barrel organs seems to go back at least as far as the Sixteenth Century, when they were used to allow churches and cathedrals to allow organ music to be played continuously without need of a human player, with some of the more advanced machines having multiple barrels to allow more variation in the music. Early machines tended to be programmable, with pegs that could be inserted or removed from a grid designed into the surface of the barrel.

From their origins in church music, the mechanisms then appeared in fairgrounds, where a continuous music-source was important as a way to attract crowds, and to create a "festival" mood in which people were more inclined to spend money, with the mechanism often being attached to or built into fairground caliopes, where the existing heavy-duty motor powering the ride could also be used to compress air for the organ.

Street barrel-organs tended to be comparatively small rectangular upright wooden boxed with cart-style wheels that could be wheeled into position and operated by a single organ-player by winding a handle at the side of the machine. It was common for these players to be accompanied by a trained Capuchin monkey whose antics would attract passers-by, and which would also often be trained to hold out its cap to beg for money.